The pro-transparency group WikiLeaks has released the secret draft text for the Trade in Services Agreement, TISA, a trade agreement covering 50 countries and more than 68 percent of world trade in service. Until now, the draft has been classified to keep it clandestine, not only during the negotiations, but also for five years post-enactment. According to the leaked text, TISA aims to cement the extreme deregulatory model of the 1990s by forbidding countries from improving financial regulation. The draft Financial Services Annex would also establish rules favorable to the expansion of financial multinationals into other nations by preventing regulatory obstacles. The draft text comes from the April 2014 negotiation round. DemocracyNow discusses the leaked text with Lori Wallach, director of Public Citizen’s Global Trade Watch and author of “The Rise and Fall of Fast Track Trade Authority.”

The sentencing hearing for Army whistleblower Bradley Manning begins today following his acquittal on the most serious charge he faced, aiding the enemy, but conviction on 20 other counts. On Tuesday, Manning was found guilty of violating the Espionage Act and other charges for leaking hundreds of thousands of government documents to WikiLeaks. In beating the “aiding the enemy” charge, Manning avoids an automatic life sentence, but he still faces a maximum of 136 years in prison on the remaining counts. The sentencing phase is expected to last at least a week, with more than 20 witnesses set to appear. 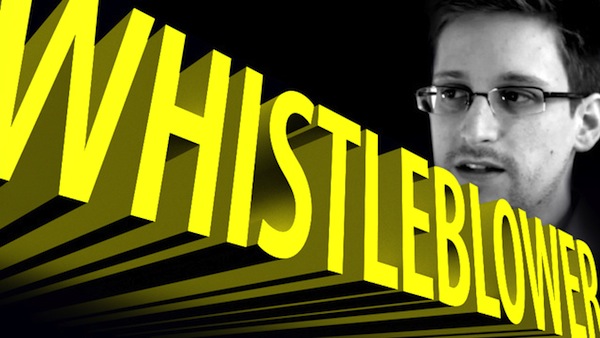 A Russian lawyer for National Security Agency whistleblower Edward Snowden says his client could leave the transit area of a Moscow airport as early as Wednesday and enter the city pending the receipt of the necessary paperwork. Snowden has been sheltering in the airport for exactly a month as of today as the United States has filed espionage charges and launched a global campaign to block his asylum bids in a number of countries. Lawyer Anatoly Kucherena told Reuters Snowden believes U.S. efforts have made it unsafe for him to leave Russia and travel to Latin America, where three countries have offered asylum. He said Snowden should soon receive papers allowing him to remain in Moscow after applying for temporary asylum in Russia last week.

I am rooting for Edward Snowden and any other person who has the guts and conscious to expose misconduct that our government practices against its people.

The U.S. government was built and has continued through decades to use and abuse its wall of protection called laws.

Remember, just because a law is set forth does not mean it is right and is in the best interest of protecting all. The constituents of our government have shown nothing but its one-sided agenda to feed its appetite for control and folding money.

It is our right to know if our government is collecting, storing and looking over everything we do. Every word typed, every web search, every telephone call is a open forum for the U.S.