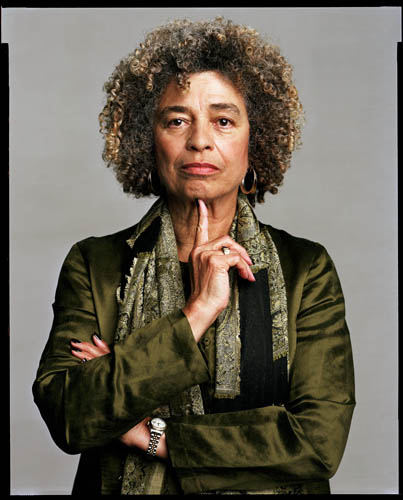 Based on the film with the same name, the extraordinary new book “The Black Power Mixtape” chronicles the black freedom movement in the United States using found footage of top African-American leaders between 1967 and 1975. Shot by Swedish journalists and discovered in the basement of Swedish public television 30 years later, the film features some of the leading figures of the Black Power movement in the United States, including Stokely Carmichael, Bobby Seale, Huey P. Newton, Angela Davis and Eldridge Cleaver. Renowned American actor, film director and political activist, Danny Glover; and Kathleen Cleaver, professor at Emory Law School, who is featured in the film during her stint as communications secretary of the Black Panther Party, talk about the film.

I saw this film at http://www.laemmle.com/ in Los Angeles, purchased the DVD when made available and I try to make as many friends watch it as possible. It is a must see, it is an eye opener, it is my history. These people featured in the film along w| many other names unknown made it possible for my sister, brothers and I to have careers, go to school, sit down in restaurants and much more. We owe much homage to them.

See the Democracy Now video clip here: http://www.youtube.com/watch?v=mZIzby9F6eY
Be sure to also visit https://www.freespeech.org/ and http://www.democracynow.org

The author, activist, and intellectual Angela Y. Davis is this year’s UC Regents Professor and Professor of History of Consciousness, an interdisciplinary PhD program, and Professor of Feminist Studies at University of California, Santa Cruz. The event is sponsored by the Gender Studies Department.
She will be giving a lecture titled “Feminism and Abolition: Extending the Dialogue”
at UCLA Los Angeles, Ca in the Royce Hall
Thursday May 8th, 2014
5:30pm to 7:00pm