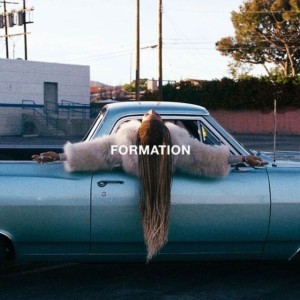 Just to let you (the world) know – I am still all BLACK! – Unapologetically BLACK*

I like my baby w| baby hair and afros. I like my negro nose w| Jackson Five nostrils.

In a country, in a world filled w| hypocrisy.

Blackness is not what whiteness considers virtuous. But yet, our culture, our skin color, our beautiful features are mimicked by those same person’s who hate us – but are so, and have been, infatuated w| everything that makes us divine.

Beyonce is in solidarity w| her fellow black women – and men.

With the Tidal (the music streaming service owned by Jay Z and friends) announcement on Friday, $1.5 million will be donated to the Black Lives Matter organization as well as other civil rights groups including: New York Million Hoodies, Hands Up United, NY Justice League, the Oscar Grant Foundation and the Trayvon Martin Foundation.

This is exactly what we need from our black celebrities – awareness, open discussions, conscious music and attributions to our communities. 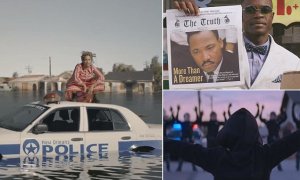 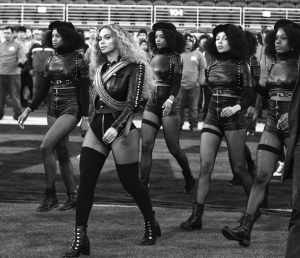 I have not yet seen the movie, but some natives of Chicago, IL are not big fans of this film. As stated in the Chicago Tribune:

“So after all of the fighting, name-calling and political wrangling over the film’s title, “Chi-Raq” fails to illuminate the lives of the many Chicagoans who go to bed with the sound of gunfire outside their windows and wake up to the news of yet another murder. While critics have hailed the satirical film as a victory for Lee, Chicagoans go home empty-handed”.

Me personally, I think all the cast for this film should have came directly from Chicago. I remember the casting calls for Straight Outta Compton – the casting calls were done in Gardena, Compton – areas where real blacks in the struggle, who knew first hand resided. Unfortunately, this film seems to have a lot of big Hollywood names.

But, I commend Spike Lee for shedding light on an issue black communities across the United States deal with on a daily – gun violence.

The United States government murdered him, but his legacy will never be forgotten along with all the other Black names unspoken in the struggles of racist oppression. Civil rights has been a never ending fight for laws that still hold Blacks in shackles.

Born in New York circa 1797, Sojourner Truth was the self-given name, from 1843 onward, of Isabella Baumfree, an African-American abolitionist and women’s rights activist. Truth was born into slavery in Swartekill, New York, but escaped with her infant daughter to freedom in 1826. Her best-known speech on racial inequalities, “Ain’t I a Woman?”, was delivered extemporaneously in 1851 at the Ohio Women’s Rights Convention. 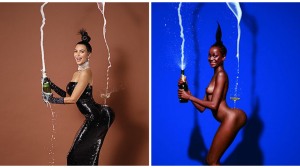 It’s obvious that she is not consciously aware of the annotations of these images. Or, maybe she is and just doesn’t give a fck. Either way, Kim Khardashian has chosen to work with a photographer who has a history of an infatuation with the black woman’s body – her ‘exotic’ features.

Jean-Paul Goude who was in a relationship and photographed Grace Jones – and who recreated that iconic shot of her in a cage with Amber Rose. A woman being placed in a cage, a black woman symbolizes so much in so many negative ways.

As I read from the article http://thegrio.com/2014/11/12/kim-kardashian-butt/ the image above was originally from a book called “Jungle Fever’, in which Jean-Paul got the idea from the originally photograph the black woman on the right of these two images. Recreated by a Kim K.

These images go back further than that. They are too familiar of the images of a black slave woman brought to London by the name of Saartjie Baartman. Her large buttocks brought her racist fueled fame. Like Kim, Saartjie was voluptuous but tiny, but all natural unlike Kim K. She stood four feet, seven inches to Kim’s purported five-three. Unlike Kim, she didn’t just have her sizable assets in the way of talent. (Whether ‘balancing a champagne glass on your ass’ is a talent remains up for discussion.) She had learned and practiced multiple instruments in her native land (in what is now South Africa). On the stages of London and Paris, she regaled packed audiences with singing, dancing, and instrumental routines.

Baartman’s Khoisan heritage and unearthly figure meant that she was both an exotic foreigner and a “freak.” Her arrival in London merged those two categories together, ushering in the era of the human zoo.

The posing of a black woman’s body as being unusual, not of what is considered normal (in European standards), is blatant racism and misogyny. To have these very same images recreated by the photographer and white women is a sign of mocking to the black woman’s body – as it is a public figure for all to see.

The racist undertones still present in media today shows how we are not past this issue and have to be more consciously aware of the images being created and fed to society.

Who is Saartjie Baartman? http://www.youtube.com/watch?v=iQ7mmMe4klQ

A message to Mothers and Wives. Food for thought….